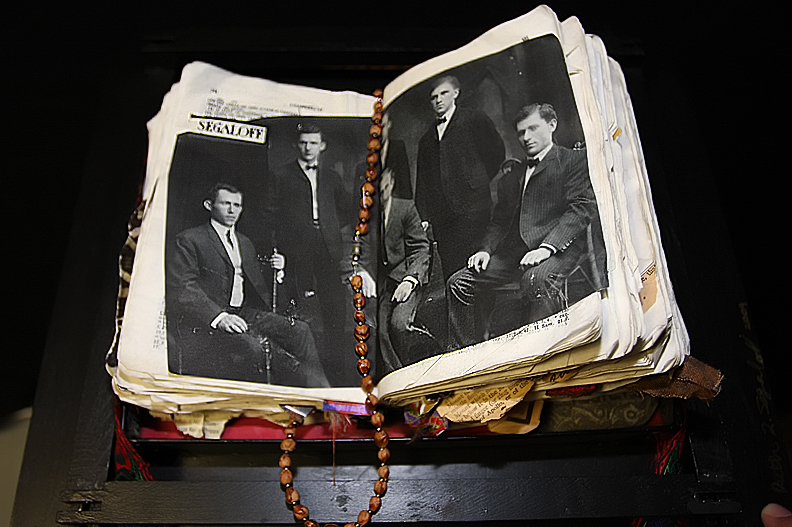 This photograph was unearthed by my paternal aunt, who was also an artist. It shows her father, whom we called “Zayde Sammy,” the fourth from the left, and four of his brothers. Two of his brothers are not in the picture. The space between the oldest brother, to the youngest, my grandfather, is a whole generation. All eight escaped from Russia and its anti-Semitism for America in the early twentieth century, when my grandfather, Sammy, was only 4 years old. When Sammy was a teenager, he “went west to seek his fortune during the gold rush. He got called home after an older brother died, to take over his textile business in New Haven, CN, which was profitable thanks in part to the Yale students who appreciated the fine tailoring.